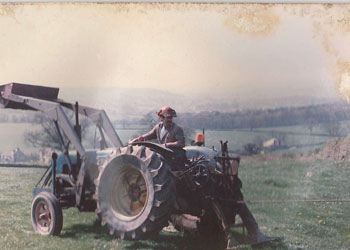 Tree Surgeons, A.J Paine & Sons, are a family run business that has been operating for over 40 years from Totnes and Dartington covering most of South Devon.

The Company was founded by Alan Paine over 40 years ago in 1977. Alan who is now in his seventies remains AJ Paine & Sons Senior Consultant and still works closely on the day to day running of some logistics of the company and advises when necessary.

Alan first found his way in the forestry industry plying his trade with another local tree surgeon. He worked mostly in the woods back when chainsaws didn’t really exist and the good old axe and cross cutting saw were the main ways in which trees were felled and cut into sections, this is probably where his extremely hard work ethic comes from!

He then moved onto driving heavy plant and finally decided he had enough experience with both tractors and trees that it was about time he began to provide a tree surgery service around Devon as there was a space in the market for good quality tree surgeons.
By this time the chainsaw had become the tool of choice for Tree Surgeons which was when the industry started to become a very professional and sought after. 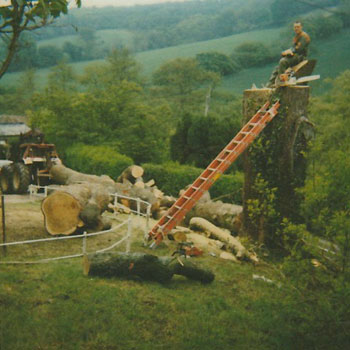 Alan’s hard, honest and good workmanship began to attract great clients through word of mouth. This included the prestigious account of the National Trust who engaged AJ Paine to tend to their grounds at Agatha Christie’s Greenway gardens and Coleton Fishacre estates which AJ Paine & Sons continue to maintain until this day.

Whilst running his business alongside his wife Joy who was also his secretary, they had four children including two boys, Chris and Danny Paine who would come to join the family business when they were old enough to begin their journey with a chainsaw.

Chris and Danny Paine helped to grow the business and acquired contracts for clients such as Western Power Distribution formerly known as S.W.E.B. and gained invaluable expertise in the utility sector of tree surgery.

In 2008 Chris Paine decided that he would embark on a new challenge abroad and he decided to venture to New Zealand to further his arboricultural knowledge and give his family a new experience and left for pastures new.

A few year later, Alan’s eldest grandchild; Aaron Bartlett, asked if he could have a couple weeks work to earn some money one summer before he headed back to college at the age of 16, which Alan agreed to as long as he pulled his finger out and turned up on time!

After a couple weeks of hard work Aaron was hooked on a career in tree surgery. He went on to train at the prestigious Merrist Wood College in Guildford, and has since trained through various further arb through the Arb Association for example. 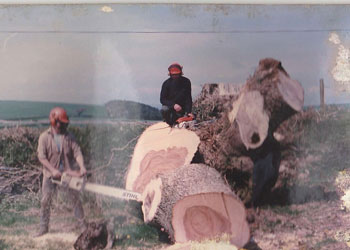 Alan Continued to run the business whilst tutoring Danny and Aaron in all aspects arboriculture along the way, gaining more custom throughout Devon and Cornwall whilst running multiple estates as well.

As the years have progressed, Aaron and Danny Paine have both continued their studies with rigorous exams and competency training and have gained invaluable experience to enable them to handle any level of task thrown at them within the arboricultural industry.

In the last few years Aaron and Danny Paine have taken control of the day to day running of the business.

A J. Paine and Sons will always endeavour to keep our core morals in place based on key factors such as; hard work ethic, a good working relationship with our clients, good value for money, high quality tree work, and a professional service from start to finish.

Also, being a family business, we are very passionate about what we do and leave no stone unturned when trying to satisfy our customers’ needs and making sure we leave them satisfied when carrying out all aspects of our works.

Get a Quick Response

I need help with 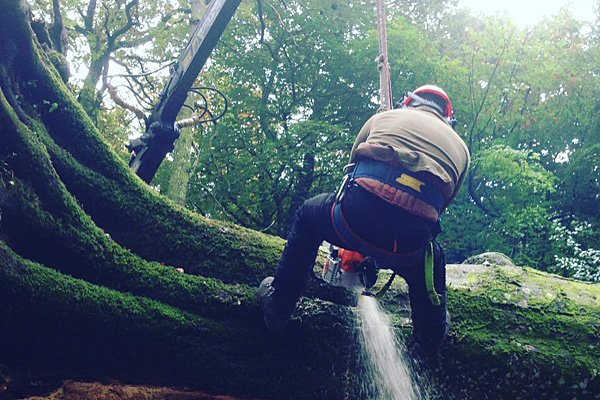 Welcome to A.J. Paine & Sons - Tree Surgeons that cover most of Devon including Exeter, Plymouth, and Torquay from our base in Totnes. A.J. Paine & Sons is a family business whose clients range from domestic homeowners to large estates such as the National Trust. Tree Surgeons, A.J Paine & Sons, are a family run business that has been operating for over 40 years from Totnes and Dartington covering most of South Devon.
Read more... Tree Surgeons AJ Paine & Sons undertake all aspects of Tree Surgery, including tree pruning and felling, to planting and stump grinding. Click here for a full list of the services we offer 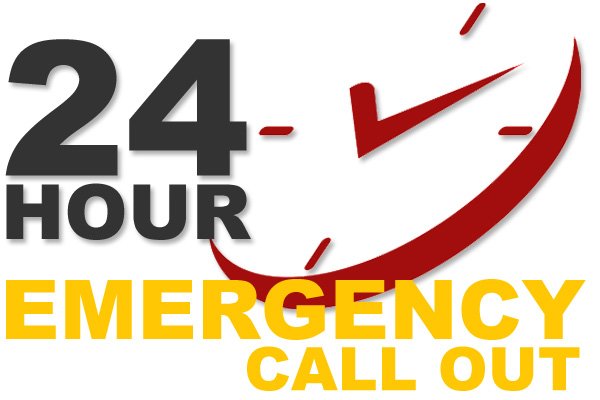 Tree Surgeons AJ Paine & Sons are pleased to be able to offer a 24 hour emergency call out service in case the unexpected happens.

If your are faced with an emergency situation please call: